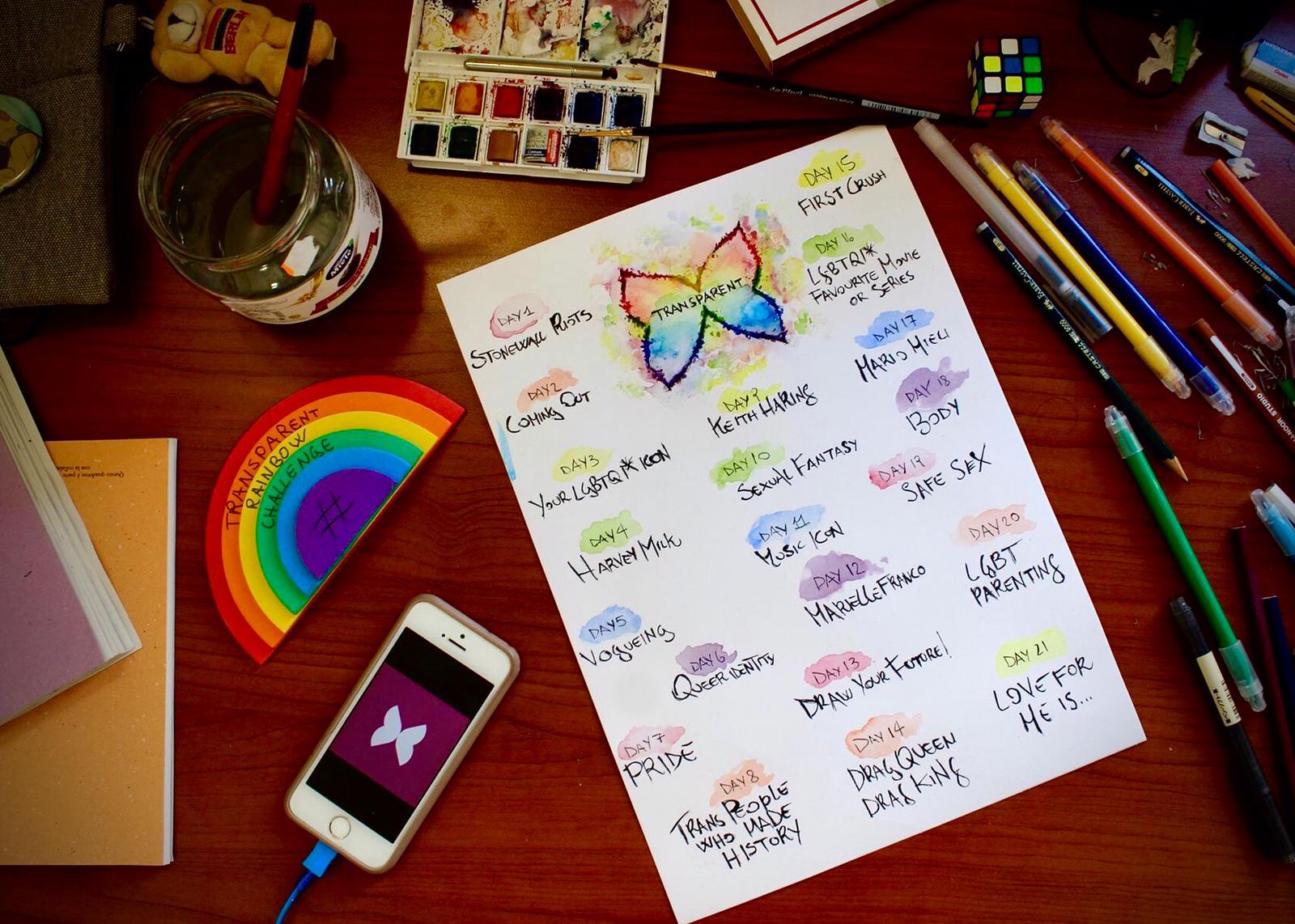 Transparent launches a Rainbow Drawing Challenge, with the aim of retracing in three weeks some of the stages and themes of the LGBTQI * culture, in other words, of the multifaceted rainbow identity.

It starts on Monday 27 April with the incentive-theme "Stonewall Riots" and will arrive on Sunday 17 May, the international day against homo-bi-transphobia, with "Love for me is ...", passing through icons such as Milk, Haring, Honeys on themes such as the political strength of the body, LGBT* Parenting, Queer identity, Pride, Coming Out; as well as topics of daily life such as the favorite lgbt* series, the first crush, sex, musical icons.

The Transparent Rainbow Challenge – created by Mario De Cillis, Luigi Lioce and Gianluca Rollo – has the ambition of being a cultural proposal to share, through drawing and figurative art in general, its point of view, its reflections, their own experiences and make them dialogue with those of others, in an artistic contamination that can enrich and excite the participants, allowing to discover not only something more of the rainbow culture but also aspects of yourself on which we had not lingered before.

If you are an excellent portraitist, with drawers full of colors and brushes, or if you haven’t drawn since middle school during the technical education hour and you only have half-empty markers, this is the time to get involved: just a pencil, one pen, and your whole world.

The association's invitation is to share the sketches/drawings using social channels with the hashtag #TransparentRainbowChallenge: at the end of the path Transparent will create a virtual gallery.